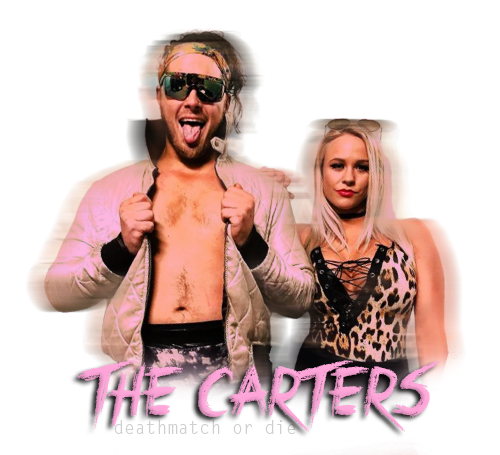 Crosby thought about addressing his opponents this week, but then he got high. And honestly, why should he bother? You aren’t taking the bros seriously. You literally didn’t even breath their names the first time you graced us with your presence and the second time? You didn’t say shit. You literally said that you weren’t even going to come to Dynasty. Straight up. Who the fuck do you think you are, Ryan? Do you think anyone cares if you don’t show up? Starr Stan wouldn’t give a fuck. I wouldn’t give a fuck. The fans would probably rejoice. You are the type of competitor who thinks that you are too big for EAW. But you’ve got nothing to back that up. Where are you loads and loads of title reigns? Where are those big wins to back up your big talk? I’m hearing some crickets, homie. Because damn, you lost to Lucas fuckin’ Johnson last week and you want me to look at you as a threat? Hah! I literally cannot.

Not only has my husband faced Lucas Johnson like six times, but he has also always been on the winning end. Look at what happened at Gateway to Glory. Crosby and Thadd stepped into that ring and proved why they deserve to be the next EAW tag team champions. They became the number one contenders and they showed the world that it doesn’t matter where they came from or how they got here. What matters is that they are the real fuckin’ deal. Thadd Blazevich has a win over the current EAW Champ, Theron Nikolas. Crosby Carter has never been pinned on Dynasty. The Bros are the underdogs that you want to root for. Audiences are behind them. I mean did you hear the fans on Friday night? Bro for Pride, bitches. It’s all the rage and it’s gonna trend over the next few weeks.

The Bros are the future of this business. And you Ryan? You are destined to be stagnant for the rest of your damn career. You are destined to stand around with your dick in your hand, crying about how you’re too good to show up to your goddamn job and accomplish literally nothing. Shaker on the other hand? I mean solid beard and flo, to be honest. He has total bro potential. But like, he’s a little too serious for us. Work on that and then give me a call, Shakes.

This week isn’t just another week for the Bros. We are in the final stretch to Pain for Pride. You can feel it in the air and we know that now more than even, we are trying to keep our momentum. The Bros need to keep going and keep picking up wins. They want to walk into Pain for Pride with their heads held high and Myles and Xander looking across the ring at a credible threat. And defeating Shaker and Ryan will do just that this week. I know that you two will probably work together just fine this week. I’m sure there will be a little animosity, but you’re not ready to throw away that Pain for Pride slot. I mean, when Thadd asked if you even Pain for Pride and you got all offended. Like sorry, but we all know even the loseriest of losers gets invited into the 24/7 battle royale. Like it isn’t a prize, Ryan. Thadd’s point was that no one even looked at you last year and thought about putting you on that card. No one thought you were worthy of a singles match at Pain for Pride. We all saw you in that battle royale. Didn’t you like, get eliminated by a girl?

That’s what I thought.

Your Pain for Pride showing last year was sad and I’m sure it will be sad again this year. But like I said, I have no doubt you and Shaker will work together. But how well? No one on this roster can touch the experience that Crosby and Thadd have. Those boys have been together since they were children. They speak a whole language even I’m not fluent in yet. They know each other inside and out and everyone knows that means everything when it comes to tag teams. Sure, some will come along like Myles and Xander and make it work. But you two? Yeah, I don’t think so.

The Bros are on fire and unstoppable. They are coming at you full speed ahead like they always do and they are leaving it all in that ring. While you are gonna save some of your hatred for Pain for Pride or whatever, Thadd and Crosby don’t pull punches. They are two crazy mofos and they go into that ring week in and week out and they deliver. Crosby will happily kill himself for a match that means nothing, if you haven’t noticed. And with wins over every other tag team that Dynasty has thrown at them, what sets you boys apart? What makes you think you will be able to overcome the longest tenured tag team in the damn world? You literally can’t.

You made it real clear this week you give zero fucks about my boys. You made it real clear this week you aren’t heading into this match ready to give it your all. You’re just showing up to save your Pain for Pride match and clenching your fists so you don’t punch Shaker in his pretty face. You, like literally everyone else on this damn roster, are looking at the Bros as an easy match. Someone you can just roll out of bed and run over. Over my goddamn dead body will that happen. If you even have a fucking chance of winning on Dynasty, you’re going to have to go out there and bust your fucking ass. You are going to have to give it your all. And even then, that might not be enough. The bros are a legitimate threat and if you don’t see them as such, you’re setting yourself up for failure. You’re setting yourself up for humiliation. And the Bros have no problem heading into that arena this week and making a mockery of you.

So roll your eyes and show up against your will, this will be the fight of your life. The FloBros will make you regret ever overlooking them. Just ask Lucas Johnson."