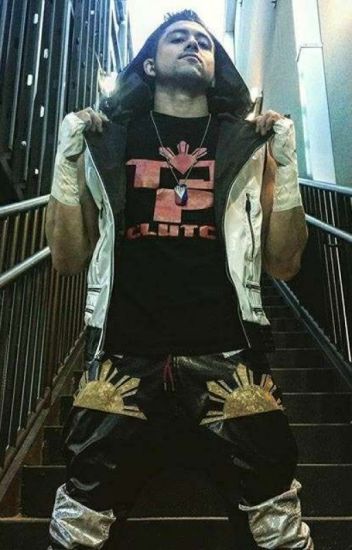 CHARACTER INFORMATION
Disposition/Alignment: Choose from these options:
Tweener
Gimmick: Korey Gaines is the happy go lucky goofy young kid whos always looking for the next big thrill. Gaines has been on the Indy circuit for a little bit looking for the biggest thrills. When not wrestling is he a sponsered extreme athlete as he finds his thrills by parkour, skating, bmx, moto racing, extreme sky diving, cliff diving and more. When in the ring is all about the oohs and ahhs as he will do whatever it is takes to not only win the match but give the fans what they came to see.

Korey had a poor showing in his freshman rookie season. Now going into his sophomore year he's more determined and focused to prove his rookie season was a fluke....to add more to his arsenal he's been training in mma to be more than just a aerial wrestler

Season 13
Brutal matches and a losing streak have started to get to Korey as he finally got the monkey off his back after taking out as well as forcing out the man who caused it. Due to the losing streak and the mind games Korey tapped into a level of aggression not seen of him as it took him to a whole new level at Shock Value as he nearly took a mans life and doing whatever it took to nearly end another mans life as he walked away the victor. Will this new trend stay for him or will he return to his fan friendly high flying ways?

Season 14
Korey is back to where it all start after being traded away half way thru last season as he was drafted back on Draft day. This seasons mindset is now that hes more seasoned its time to get out of the shadows of the past and into the present as hes out to show why he continues to say hes evolved since day one and show case what hes been doing in the lab since season 13 ended. Hes out of the shadows from his rookie days as he will use the experience of the last two seasons to push him to be undeniable and valuable enough of a asset in order to be untradeable. Mind Set? High nonstop action, balls to the wall, pedal to the floor, fired up, ready for war, and with all the aggressive that he had in him last season but with a tad bit more of control. Still going to get in your face and still going to dare you to do something about it.

MOTIVATIONS
What are your character’s motivations for competing? Give fans there monies worth as well as being the greatest aerialist wrestler in the world

Currently - After a season and half of trying to please other, he has seen that it has not ended up the way he has liked so now hes going to do things his way regardless if people like it or not

Tendency to Cheat: Choose from these options: Often

Moves used on those hung, dangling, stuck or dazed while opponent is on the ropes
1. Rope hung or assisted piledriver 2. Rope hung swinging neck breaker 3. Rope Hung stunner 4. Rope hung DDT 5. Whirly Derby - Springboard round house kick either off the ropes or corner 6. Spring board leg drop on someone hung up on the ropes 7. Rope Hung Backstabber 8. Springboard Splash - 9. Rope hung Rolling thunder face buster 10. Rope hung somersault leg drop
Signature Moves:
1. Kick, Kick, Kick, SUPERKICK PARTY!!! ( Enough Leg kicks to drop someone to there knees then a filthy super kick to the face )
2. 720° corkscrew springboard tornado ddt
3. Wrecking Ball Leg Drop ( Drop toe hold someone into ropes, then leap over the ropes as I sling myself over the ropes into a leg drop )
4. Detonation Kick - Spinning roundhouse kick
5. Okie Destroyer - Flip Pile-driver
6. Lettin the air out - Spinning back kick to the gut to knock the wind out of opponet, then shove them into corner as I fire off punches to the body and finish off with a leaping knee to the body
7. Froggy Footstomp - 8. Oklahoma Shooting Star - 9. Red Dirt Nap - Diving from the corner or springboard reverse STO

Submissions::
1. 405 Nappy- Running Flip DDT transitions into Guillotine Choke
2. Detonation Knee Bar - After the Detonation Kick, Gaines reaches up and grabs a leg as he transitions into a knee bar
3. Octopus Armbar - Russian legsweep with Gaines keeping ahold of the arm as he clamps on a armbar
4. Hurricanrana lock - Gaines will hit a hurricanrana but upon the finish the legs are locked around the head and neck in a triangle choke


Finishing Moves: Maximum three (3) and one (1) optional ultra-finisher (UF)
1. 405 Chiropractor - Double Rotation Moonsault with the landing most likely being the knees driven into the back, than a quick transition into a camel clutch as Gaines cranks back on the neck and back
2. Okie Dokie - 450 splash 3. Oklahoma Twister - Corkscrew shooting star press UF. Okie Nap Time - Corkscrewing Moonsault into a leg drop
NOTES
IN RING ATTIRE 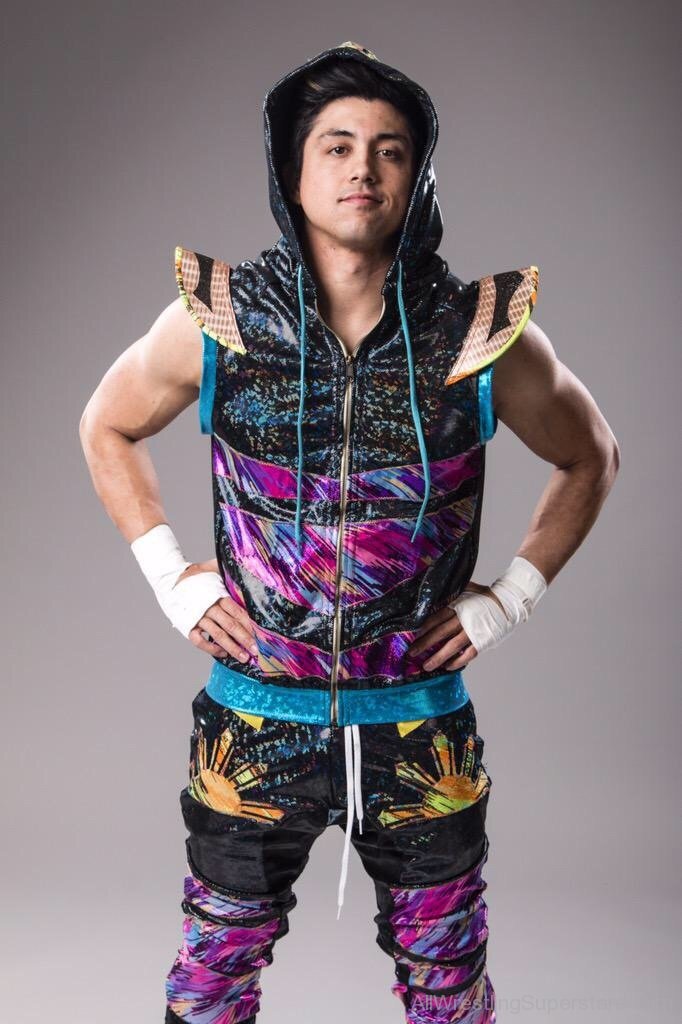 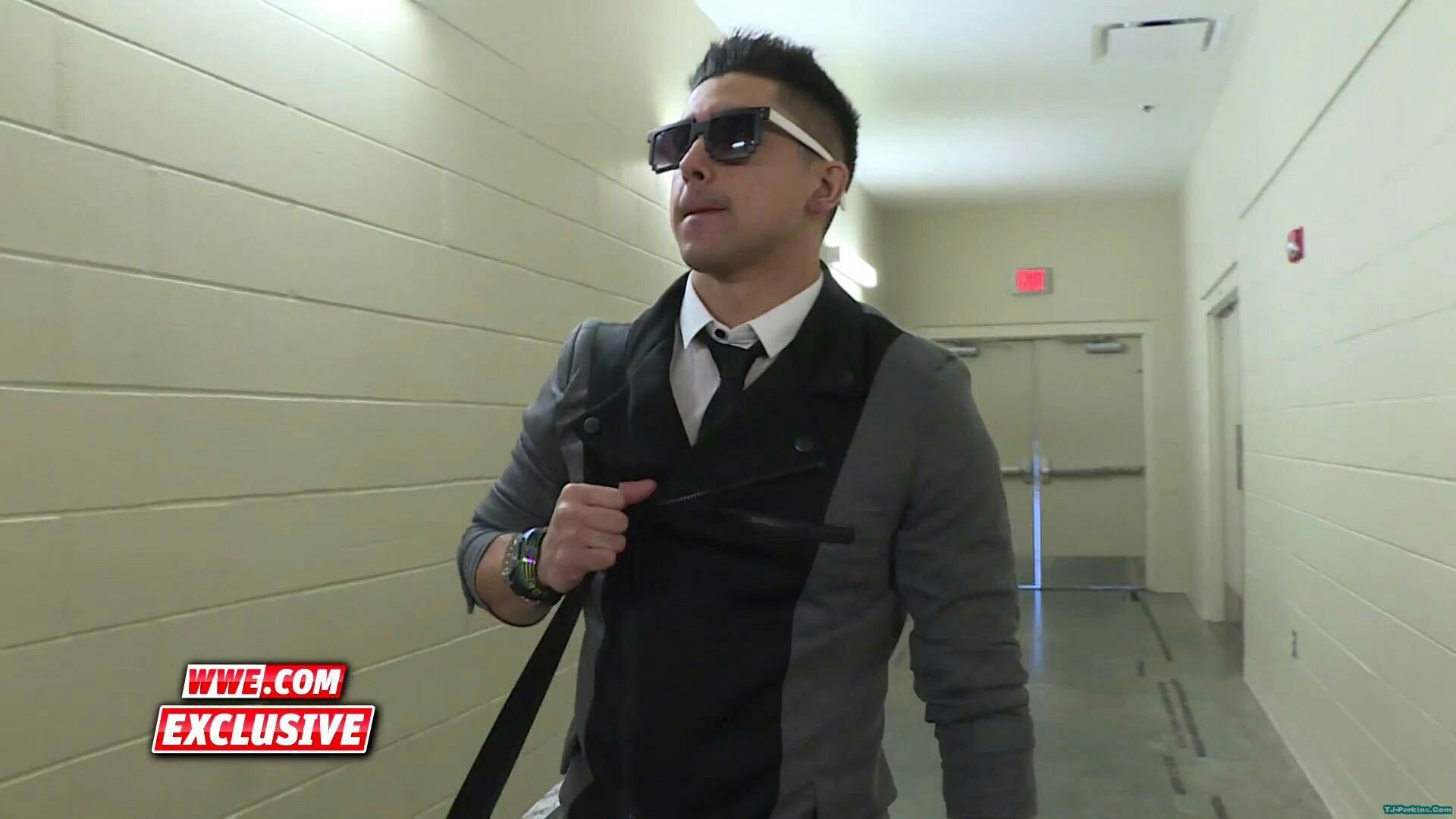 Is very quick...Korey is a fast man that tends to move around the ring with ease as it can be a positive as it makes it hard for him to catch as well as a negative as it tends to get him off balanced at times

Cardio for days....Has tons of cardio is he it lends him a big gas tank to go for long periods in a match and tends not to tire out

I can do this all day....Can take a lot of punishment and keeps moving forward, this can be a positive and negative for him. The positive it keeps him in a match and hard to put down at times. The negative, those he facing will put more umph into a move in order to really put Korey down for the pin

Over the years he has been training in Kickboxing, boxing, Muay Thai, and BJJ...Will try to incorporate all this into his matches and moves in order to wear someone down

Fire up the crowd...Will look to the crowd at times or too often in order to get pumped and fired up which tends to lend to being distracted

Go for broke....at times he will become frustrated and will look to go all out in a move to finish a person off...When it pays off he wins, when it doesn't a match can quickly go the other direction or could walk right into someones counter finisher

You said what? If involved in a heated back and forth leading up to his match will tend to get hot headed and will without him knowing lead himself into a dq loss

Not yet injury prone...Escaped his rookie season with any major injuries besides one concussion, high sprained knee, some bumps and bruises....But with his tendency to go high risk then his second season just might not be quite so lucky

I hate bullys!! If he sees someone getting jumped, will be the hero and help those even the score

I can hang with anyone....Korey will be outskilled and wont be the best wrestler in the ring but with his huge heart, determination, and competitive nature will go up against anyone and will do his best in going toe to toe with that person

Rookie Season Record - Too shitty to even want to mention

Thank you kind sir...I've been lurking for a bit, it's been a while since I've efedded and wanted to get into it again when I knew the magic was back and I see a lot of potential here so I had to call this my home away from home
Beef of the Week
Visual Prophet vs. Gaines - MVE #166

Welcome! Glad you decided to join us. Please feel free to join our Discord if you haven’t already. Don’t be a stranger! And don’t hesitate to reach out to a staff member if you have ANY questions!
Likes: Gaines

Welcome to Voltage! I’m the head writer of the show so if you need anything or have any ideas feel free to reach out to me on here or on discord! Have fun and happy promoing, and look for yourself on the next card that’ll go up Sunday/Monday.

Edit in ring and out of ring wear
Beef of the Week
Visual Prophet vs. Gaines - MVE #166

updated with the pic base, in and out of ring attire
Beef of the Week
Visual Prophet vs. Gaines - MVE #166

Gaines said:
updated with the pic base, in and out of ring attire
Click to expand...
Love the rep change

It took a while to find who I wanted and TJP won out
Beef of the Week
Visual Prophet vs. Gaines - MVE #166

Added notes, tweaked a few moves, and added a few new ones
Beef of the Week
Visual Prophet vs. Gaines - MVE #166

Added several submission moves along with a added signature of froggy footstomp
Beef of the Week
Visual Prophet vs. Gaines - MVE #166

Season 13 Gimmick and Alignment
Beef of the Week
Visual Prophet vs. Gaines - MVE #166

New Entrance Music to go along with the attitude and a change of one of the finishers
Beef of the Week
Visual Prophet vs. Gaines - MVE #166

I'm not sure if you talked to somebody else ahead of time but pic base changing season isn't till June beloved. You can ask to reserve PAC/Neville but other than that you'd have to still be TJP in the meanwhile

Can I request a hold on Neville/Pac? haha
Beef of the Week
Visual Prophet vs. Gaines - MVE #166