Believe or not folks, I, Eddie Magnum, am a proud fucking feminist. That’s right, it may be controversial to say, but I believe that men and women should be treated equally. That means they should be able to vote, get abortions when I knock them up, and they should even be able to choose who to have sex with! This is the part where you applaud and buy my merch. No? No takers? Alright well the point still stands. Now I don’t about you chucklefucks, but I’ve been a supported of women my whole life. I give waitresses my phone number in case they needed uh…support or whatever. I tip my hookers very large amounts of money, that’s right TIP my hookers. Usually it's to shut them up but hey, still money. And finally, my last drug dealer was a woman. Stereotype? Broken.

Now, I bet all of you were saw the name Eddie Magnum on this promo and went “oh fuck he’s about to say something sexist, get the HR reps.” But it’s like I said, I only sexually harass women who get paid to be sexually harassed like nurses or bartenders. I won't even flirt with a girl unless she wears skimpy clothing and hangs out at shitty nightclubs. Instead, I actually wanted whoever I’m facing tonight know that I will treat them exactly like I would any man. That’s right, full blown equality. After all, what kind of dude would I be unless I beat the shit out of you like I would anybody else? I'll hit you just as hard and insult you just as badly.

So tonight, [GENDER NEUTRAL INSULT THAT IS DEGRADING BUT NOT SEXIST], I am going to do what Eddie Magnum does best and kick the head off that [NON-DEGRADING ADEJECTIVE] body of yours. That’s right, I’m going to beat you like a cop whooping a crackhead. You know it, I know it, the whole fucking world knows it.

Now I’ll admit that last week wasn’t the strongest showing for me. Duke Donovan, in his king kong roid-rage stole a win from me. Although to be fair, the ref counted fast. I mean did you see him? Instead of 1…2…3, he just went “1-2-3!”-you know what, it doesn’t matter. This week I’m making my comeback at the expense of you Lisa. And you can try all you want to beat me, but I’m the baddest motherfucker in the game. I’ve climbed mountains, cured herpes, and won a gold medal in ladies tennis. I am the best god damn thing to ever step foot in an EAW ring. That’s what makes me… 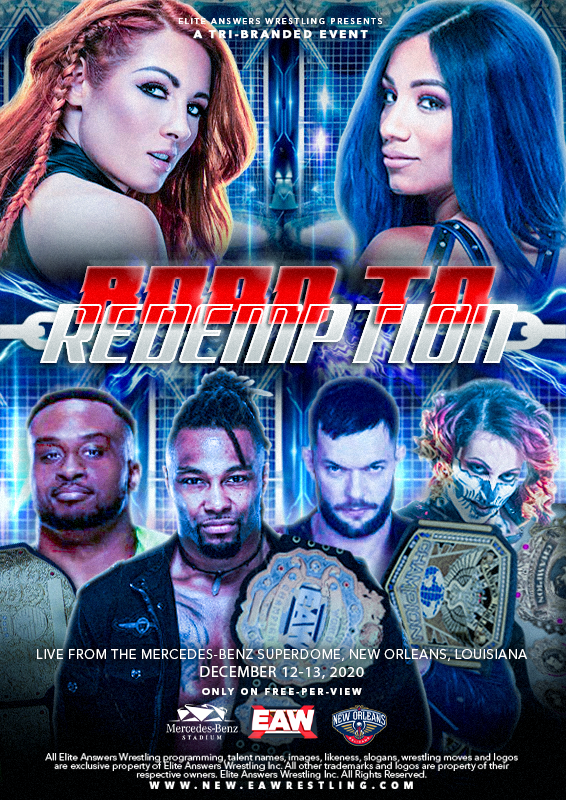