Detailed Entrance Description (Optional): Changes depending on his mood (and character direction)


RING ATTIRE
Rex will be donning his usual track jacket and black wrestling tights. This will be his main entrance attire and his vest is removed for matches.

CHARACTER/WHO ARE YOU? ***UP-TO-DATE (as of 7-05-20)***
Rex is a fierce competitor who loves a good fight, and can give intensity a run for it's money. Rex is strong willed, commanding on the mic, intense, passionate and a little zealous. He's old school personified. This elitist simply loves what he does, and he goes to great lengths to show it in the ring. He's proven time and again to be one of the toughest most tenacious young competitors in all of EAW who doesn't back down from anybody.

Rex acts altruistically, without regard for or against the traditional codes of ethics, lawful precepts and the likes, but he does not feel beholden to them. If need be, Rex will do what's necessary to win a match ON HIS OWN (or rather when an opponent is trying to bend the rules to gain an unfair advantage, Rex will look to turn the tables). Like most elitists he strives for success on all levels in EAW and will stop at nothing to achieve the goals he sets forth for himself.

***At this point of Rex's career, he's exactly where he's always worked to be. He's now viewed as one of the well-known, most respected, and valuable Elitists of Elite Answers Wrestling. Lately since becoming a Grand Slam Champion and being inducted into the most recent Hall of Fame, Rex has often been referred to as the model Elitist, which he has now dubbed 'The Elitist'. Now in his third reign as a World Champion, not to mention one half of the current Unified Tag Team Champions, and now newly minted Hall Of Famer from the 2020 Hall of Fame class Rex is set on doing nothing less than vaulting the Voltage brand straight to the top through his continued efforts of being a locker room leader as a beacon of hope and opportunity while continuing to add to his legacy in the Land of Elites in the process. ***

Alignment: Tweener (closer to a face though/Neutral Good - Does what he can to be a person with morals, until pushed to go to greater lengths beyond his own moral fiber; usually by an immoral character/antagonist)

Specialty Match: iron man (tireless in the ring; endurance is one of his greater strengths)


Weapon of Choice: his fists

Has shown a great innate ability for someone his age to make quick in-match adjustments to overcome major momentum swings.

Weaknesses: (Try to find them at your own risk.

Motivations: He's always in the championship hunt each season, so his drive for success has never been questioned, and that would not change despite a few setbacks. His main thing now is maintaining his reputation as one of the most consistent performers, maybe ever, in EAW while being able stay even keeled as he looks to continue to keep his bond with the fans strengthened while continuing to establish himself amongst the best ever to lace a pair of boots.

LAST RESORT FINISHER (As title suggests, rarely used; only when everything else has been exhausted): Rings of Rex (Rings of Saturn)

Likes: The Woogieman, Archimedes J. Manson, Noah Reigner and 9 others 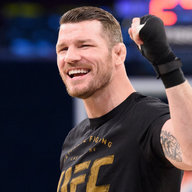 One change and a couple of updates. The first comes per previous conversations with some of my peers, and to make gfx people's job a bit easier, I changed from Chuckie T to Roderick Strong - everyone's popular choice. I initially had been indecisive about the change for months now, but Roderick looks to be an upgrade from Chuck that fits my character evolution, and while it will take some time to grow on me I know it eventually will just as Chuck did. So thanks to those who suggested a change would be good for me, your support has meant a lot.

Character alignment, I'm pretty sure most know and can tell I thrive better as a tweener/face. However, the last couple of years the alignment has usually been slightly altered before Pain For Pride. But hopefully with this update I can go into the big event with this alignment without it being altered.

Lastly, the bio portion. I added to it a bit just to give writers and such a good idea where my character mindset is now.

​
"Don't find me in this beautiful labyrinth
Let me trapped inside here forever"​
Likes: Rex32

You being Strong feels so right 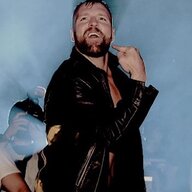 This is an awesome change bro 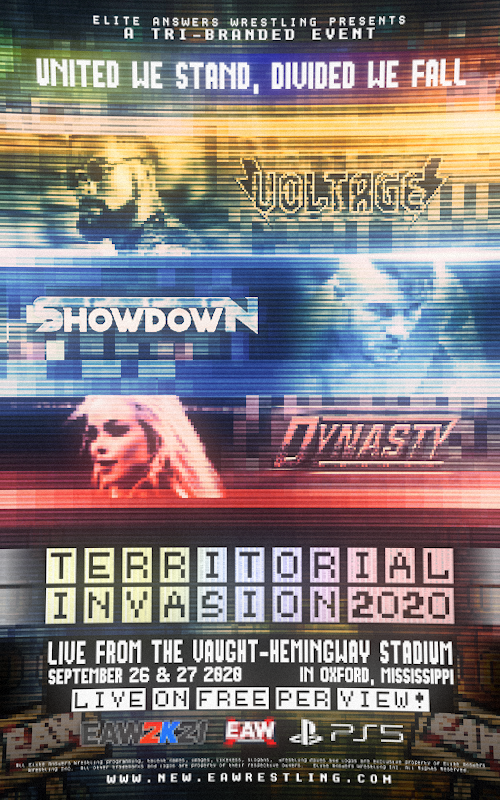