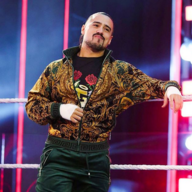 He is again in the same sofa he was laying in the last time we watch him, but this time he is finishing to watch the Sarah Price’s video in his tablet. He puts his tablet on the table as we see him smile.

"Oh Sarah, I didn’t mean to offend anyone by my remarks. When I said I wanted to be your friend, I was serious. You are so sweet that it’s difficult to dislike you, even when you talk about things I don’t agree with. But like in any kind of relationships, honest and transparent communication is the key to its success, so I’m going to respond to you with the fewest filters I can use."

"You asked me why I am mad about you talking about my move set, but I am not mad, I am just disappointed. To this day, you are the highest caliber opponent I had the pleasure to confront, a champion nonetheless, so I expected something a bit more original, not repeating the same things my previous opponents have addressed. I felt like you didn’t research me, which bother me a bit, because then you would know that I trust so much my training that I even offered to one of my opponents that if were to die one day because of a botched move, I would let him piss on my grave the day of my funeral, that’s how serious I am. I know you are not the kind of people who would take pleasure in accepting that offer and as I said before, maybe you are truly concerned about my health, which blushes me, but you have to stop wasting precious air trying to convince me to slow down. I lot of people that I love have tried to change my mind without success , what makes you think that you can?"

"You talk about the children trying to imitates us and I one hundred percent agree that they shouldn’t do it, but I stand what I said, that their parents must be held responsible for their children’s actions. Good parenting is something that is getting lost and we should preach for them to take good care of their children, after all, they are the ones who should be aside them and be their role models, and not a person who they watch wrestling on TV. We can put our grains of salt, but if you belittles the parents’ role in their children's life and put yourself in the place of all the parents, you are not just hurting yourself, but you are contributing to this broken system where children listen more to celebrities and influencers than they do to their own families. But let’s say that you are right, and that we are the ones who are responsible of the safety of all the children who watches us, don’t you have much more fans, or how you call them, members of your PG Patrol than what I have at this precise moment? Why don’t you try telling them “Don’t try any of the moves we all make” instead of “Don’t try MY moves”? Statistically, that would considerably reduce the amount of moves imitated in the world. I mean, you are a champion while I am, in your words, a rookie, so you have more influence than I have, and you said it yourself, all your fans do what you say, which is a bit unrealistic, but let’s believe you for a moment, why would anyone try my moves if all you have to say is “Don’t try any move you see on your TV at home” to make all your fans obey as you command? Then I wouldn’t have to change my moves because no one would even try to disobey you. And I am using your logic, Wonder Woman. Why don’t you use your superpowers now to end corruption, delinquency, world hunger or this pandemic we leave in?"

"Because you said it yourself, I am SEBAS and you are Sarah Price, you are a superhero and you have superpowers, nothing can hurt you and everything you do is perfect, right? But what if I told you that I am a superhero too, that after my injury I was sent to a secret lab to be part in a new experiment where they substituted my blood with a serum to make me super-fast, they changed my bones to turn them into steel and my flesh is made out of titanium. And now you cannot deny it because if you do you are being hypocritical because that’s the same way that you wanted to convince me that only you can do those moves. Girl, you are not in the right to tell me that I can’t do the things I do but you do can, just because you convinced yourself that you are a superhero and that you can’t get hurt. That is a slap in the face to me, not only because you are devaluing my level of preparation, but also because that’s a disrespect to anyone who has ever been injured, like me or your partner Sierra, or isn’t she a superhero too? Or will you make up something else to try to explain that? Am I the bipolar?"

"See? We are all made of blood, bones, and flesh. We are constantly living in pain and specially in this sport we make pain a more important part of our life. We inflict pain and we endure pain and that’s how things work here. You say that this is a stage for you, a movie, but at the end of the day if you want to beat the villain, you have to inflict pain. You can’t knock out anyone without punching them, and you can’t submit anyone without making them suffer until they give up. This is wrestling. I don’t take pleasure in hurting, but I do like to win, and if I have to hurt you and Osiris to do it, then be prepared because there is nothing that will stop me to be the one at the top."

"But when the final bell rings and they announce the winner, I can offer you my hand in signal of respect, is up to you if you accept it or not."

As he ends, a notification sounds from his phone. He checks it as the camera fades away. It instantly come back as we see SEBAS watching the ending of Seth Osiris’s promo.

"Now Seth, I see you might have had a busy week, so I’m going to be direct with you. The more you talk, the less I understand you. So you are telling us that you made yourself look like a fool and lose just to prove that you can beat him and play with his mind for the next time you two encounter? I mean, this could be an average heist movie level of convoluted planning, or just a lie you want to tell us to make yourself look like a mastermind. I think the second theory is the more correct. I think you just made a rookie mistake and lied to us to clean yourself up. Or maybe even you convinced yourself, you brainwashed yourself, into believing that you had it all planned. You are the therapist here, you know how malleable the subconscious is because our brains are very complex machines that do a lot of unpredictable behaviors."

"But it doesn’t matter if either theory is correct, because all it does is make you sound delusional. If you had told us from the beginning that it was a rookie mistake, it would have been comprehensible, you are the new guy in here and there wouldn’t have felt any shame in your actions. But with the explanation you gave us, I could say that you are either a liar, or a delusional, or just an idiot who gifted a win to Maxwell. You said I wasn’t able to defeat him, and I have to agree that it wasn’t my night, but because of what you allegedly did, you and I are together in the same column of his win-loss record. You might say that you beat him, but all the numbers say is that he defeated you, too. Numbers don’t care about mental games, you tried to scare me because you beat one man, I already beat three. And in this triple threat, I don’t care if am the one who get pinned or not, because I am going to make sure none of those scenarios are going to happen because I am coming for the win."

"You might say I am afraid of losing, and I agree, I am afraid just like a kid who is afraid to the darkness. It’s irrational because we all lose when it is our time to lose, we shouldn’t be afraid of it. Losing even can rewards us with experience, just like a thirsty kid in the middle of the night can be rewarded when he gets to the kitchen to drink a glass of water. But just like the little kid, I want to stay in the light, I want to be seen. I don’t want to be just that guy on the roster, I want to be someone recognizable by everyone. I might be afraid of this match, the odds say I am most likely to lose than to win, but a win over a champion might be the right motivator for me to become fearless and walk into the darkness of the living room to get to the kitchen, and turn on all the lights in my way until there is no more darkness to be afraid of. And just then I can drink a sweet glass of victory."
EAW record: 3-4 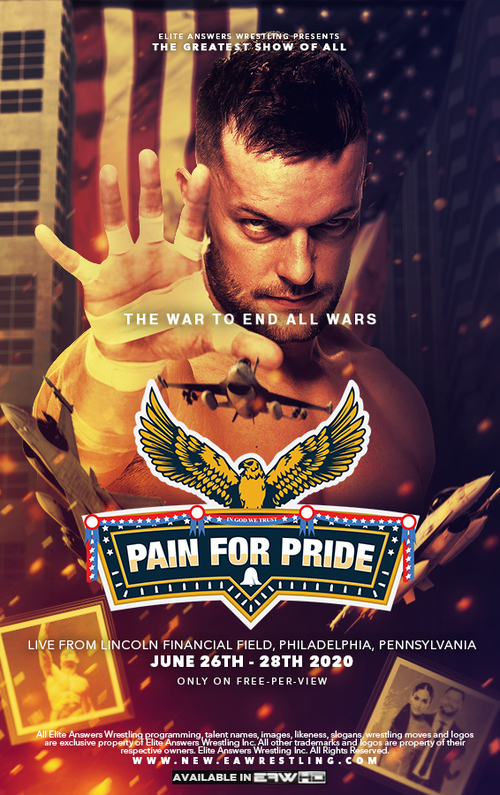