CHARACTER INFORMATION
Disposition/Alignment: Antihero, but fans still cheer him as if he were a face
Gimmick: Windgate 4:20 (IW Champion Edition)

EAW's favorite Stoner is starting off the year 2021 as the EAW Interwire Champion. After accomplishing his goal of becoming a champion once again, Windgate wants nothing other than to do great things with the prestigious Interwire title. Since returning to EAW his main goal has been to change the idea of who Justin Windgate was from the start of the last decade, and he understands this Interwire Championship reign can play a major role in accomplishing his goal. Windgate has grown a lot this season, especially after his encounter with Xavier Williams earlier on where the hall of famer referred to Justin as a "Future World Champion." It's those words that made Justin realize that he's truly making progress on his journey. That encounter before War Games lit a fire inside of the Xtreme Classic that still burns today as he uses it as extra motivation to be the greatest Interwire Champion that he can be by taking on any challenge and stepping up to anyone that crosses his path. This stoner is ready to light it up in the ring as he continues to establish himself as one of the greatest return stories in EAW history.

Windgate also smokes the good ol' marijuana pretty regularly. It's not much of a gimmick but moreso the lifestyle he lives. He'll spark up wherever kind of similar to how you could see Stone Cold cracking open a beer. The weed, blunts, bongs, gas masks and all of that are just extra props and things Windgate can use to chill out, get into a zone, or simply to use in matches.

WINDGATE 4:20 has made its way into SZN 14. Heading into Pain for Pride 13, we witnessed Justin Windgate performing actions that we would have never seen him do in the past. Attacking opponents with ladders after the match, invading other peoples matches, and just doing things out of the ordinary for him. This built up frustration and aggression that was formed by losing his New Breed Championship and feeling overlooked brought Windgate inches away from winning the Cash in the Vault Ladder Match. Windgate realizes how close he was and he wants to credit that to the darker character he has become. Losing at Pain for Pride only pushes Windgate to continue experimenting with this new found aggression because he knows there is so much more for him to do. He's heading into Season 14 with one thing in mind, and that's to continue elevating his career.

MOTIVATIONS
Windgate's motivation is to go out to the ring and bring out the best performance possible on the big stages like FPVs. He does this all for the fans, but with his added aggression Windgate has become less of a spot monkey for the fans, but now more of a hardcore badass that does what he wants and the fans absolutely love him for that. They understand his struggle as well as why he has started to do the things that he does and so they still support him on his quest to becoming one of the greatest to ever do it in this business.

-Snap Suplex
-Sitout facebuster
-Side Russian Leg Sweep
- Snapmare followed by Windgate running to the far ropes, bouncing back, and hitting a running knee to the face while opponent is in a seated position.
-Cartwheels, backflips, rolls to dodge moves or to soften is landing

Signature Moves:
1. Smoke Bomb (Rolling Thunder) (Does taunt #3 before performing this move)
2. Xtreme Landing (Slingshot DDT to the outside (Opponent on Apron))

4. Modified Run it Up

3. Justin Windgate will bring both hands up to his mouth acting as if he's taking hits from two blunts or joints. (He normally does this before jumping off the turnbuckle for his X-Factor finishing move, or always before his smoke bomb signature)


WRITER NOTES
Justin Windgate is a very fast and athletic wrestler. He can handle large amounts of pain. This could be looked at as a positive since he potentially could grind out some tough matches this way. However it can also get to the point where he overestimates his body's limits and does more damage than anything. Again his style is high risk so you never know what to expect from him.

Dynasty Commentator, Jake Mercer despises Justin Windgate and his marijuana 420 lifestyle. Mercer has gone on to state that Windgate is a disgrace and a horrible representation of what an EAW Elitist should be.

Windgate will smoke pot whenever he gets the chance, so if you want to have him smoking a blunt or even taking rips from a bong on his way down to the ring, go for it. Be as creative as you'd like. The fans love this pothead
​

​
Mike Flowers works at the Amplified Marijuana Dispensary in Detroit, Michigan. Amplified is one of the spots where Justin goes to get his weed throughout the week. You will rarely see Mike anywhere else, but he is a strong supporter of Justin and his career here in EAW. He's a very chill and fun guy to talk to and that's why Justin loves to stop by at Amplified whenever he has something on his mind before an upcoming match. Overall, Mike is just great company. He smokes a lot too.
Last edited: Mar 10, 2021

Welcome to EAW! Alex Shelley is a personal fav of mine and hope you'll do him justice. And a face too!

Kai Zolomon said:
Welcome to EAW! Alex Shelley is a personal fav of mine and hope you'll do him justice. And a face too!

Click to expand...
Thanks! I see you have that Rinnegan in your signature! You anime fan as well bro?

Justin Windgate said:
Thanks! I see you have that Rinnegan in your signature! You anime fan as well bro?
Click to expand...
I was an avid fan of the series in highschool, kinda fell off with Boruto but yeah.
​

YO NO WAY
Likes: Justin Windgate

Welcome to EAW, you'll be sorted onto Dynasty. If you have any questions feel free to contact your writer @Visual Prophet. You will find yourself placed on the card after the show is posted either late Friday or early Saturday. Good luck and have fun!
Likes: Justin Windgate

Amber Keys said:
Welcome to EAW, you'll be sorted onto Dynasty. If you have any questions feel free to contact your writer @Visual Prophet. You will find yourself placed on the card after the show is posted either late Friday or early Saturday. Good luck and have fun!
Click to expand...
Thank you for this information! I appreciate it!

Welcome and have fun. Love the picbase by the way
EAW Record
Season 14: 0-2 (W-L)
My E-Wrestling Wikia Page

Shaker Jones said:
Welcome and have fun. Love the picbase by the way
Click to expand...
Haha thanks! I haven't watched much wrestling these past 8 years, but I remember Alex Shelley was always one of my favs. I'm trying to get back into watching pro wrestling that way I can pick up on some gimmicks or things I like. I can't wait to start developing this character

Organized everything a bit. Added a few moves to the moves list.

Just added Mike Flowers as a side character that will be used in my promos. That way people don't get confused if I have a random Mike just pop up in my promo. Should be fun using him to help develop Justin Windgate 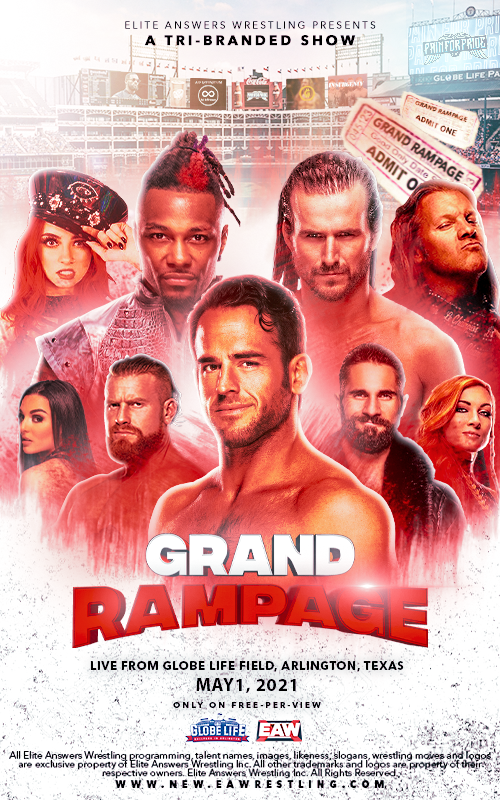