MATCH PROMO What's Right In Front of You [Dynasty 1] 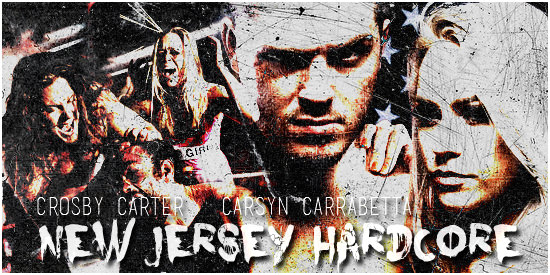 ..::Carsyn Carter::..​
No one else has been able to beat my client? Hi. Hitchy? When I smacked you across the face the other week did I knock a few brain cells loose? Because no matter how many times you stand in front of the EAW Universe and claim that Lucas is some goddamn messiah, no one fucking believes you. How dumb do you think we are? Do you think that you just get to say words and not get questioned? Get fucked, Hitch. Get fucked, Lucas. Let’s get a few things straight, manager to manager, your client sucks. Your client has lost every major match he’s ever been in and MANY people on this roster have been able to beat him. Lucas Johnson is literally nothing special. He is just a loser who needs to keep other people around to hype him up. When you couldn’t help win him enough matches, he enlisted the help of Feral Khan. And do you know what that giant man did? Oh that’s right. He lost to my fucking husband. The exact same thing that Crosby Carter did. In one of his first matches here - he defeated Lucas in a tag team match and just in case you’re a little foggy on the details, Crosby pinned Lucas. Period. End of the damn story. He beat Lucas when he first stepped into the doors of EAW and he’ll do it again this week.

And just a few weeks ago my client defeated your monster among men, Feral Khan. Straight up - if he defeated the monster that is Feral Khan with a ridiculous size and weight disadvantage, how can he not defeat Lucas? Your wrestling machine is no match for my daredevil, fearless husband.


..::Crosby Carter::..​
I know that Pain for Pride season is approaching. We can all feel it in our bones and in our blood. We are all looking forward to that awesome as fuck stage and we all want a piece of the pie. Man, being able to perform at Pain for Pride would be a dream come fuckin’ true. And because of that I know that I’ve gotta go out there every week and truly give it my all. I want to impress StarrStan. I want to show everyone that I deserve a shot on that stage. But I also know that the FloBro’s are on people’s minds. We’re on the radar man. I’m undefeated on Dynasty. I’ve never been pinned and my fuckin’ best bro Thadd just main evented Dynasty. Not only that but he teamed with Jamie freakin’ O’Hara and defeated the World Champion. We’re killin’ it and you can’t deny it. You think that winning a tag match over a random AF team means something, Lucas? Nah. The FloBros are the future and I am fighting for my spot at Pain for Pride. I am fighting to be noticed and I am fighting for the EAW Universe.

But let’s not get ahead of ourselves, bro. We’ve got Gateway to Glory. We’ve got Dynasty this week. And right now you’re not fighting for championship gold. You’re not fighting for the Pure Title. You’re not fighting for anything except for bragging rights over me. This is what you do, Lucas. You did it the last time you faced me and my bro. You look too far ahead. You ignore what’s right in front of you. I mean at least this time you mentioned me more than once. But barely. Focus on the bro, bro. Focus on the match at hand. Because if you want to move on and get that gold, you’ve gotta go through this daredevil first. And if you look at me as nothing more than a simple obstacle, you’re going to be sorely disappointed. If you overlook me like every other person has in my career, you’re just gonna fuck yourself over. I’ve beaten you once and I’ll do it again. And this time it’ll be one on one. This time I’m going to prove again that I am more than just a nobody on this roster. The FloBro’s are the future of Dynasty. You can ignore it. You can say I’m just a bump in the road to success. But this nobody is going to head into that ring this week and bring his all. I’m throwing caution to the wind and I’m gonna kick your ass. I’m leaving it all in that ring and I’m giving the fans a show.


..::Carsyn Carter::..​
Once again you will be facing a loss at the hands of Crosby Carter this week. Once again I will smack Hitch silly if he so much at looks at getting involved in this match. Hell, bring that fat fuck Feral down to the ring with you and I’ll smack his ugly face too. I don’t give a fuck who gets involved, I will take them down. Crosby Carter is the future of EAW and the FloBros are the future of the tag team division. I’ve been busting my butt to get these men the opportunities that they deserve and I’m going to do just that. After the week that Thadd just had and Crosby’s undefeated streak there is no way that anyone can deny that they are the best tag team on Dynasty. And since Black Cabal lost their shot at the Tag Team titles, I only see one team on Dynasty that deserves to fight for those belts.

Crosby is the future. You are just another failure that spews bullshit and lies to try and make yourself feel better. But the facts remain the same. Lucas Johnson hasn’t done shit since he won that New Breed title like sixteen years ago. And this week nothing is going to change. He’s going to head into that ring, underestimating Crosby, his head full of all those lies you feed him, and he’s going to eat his own words. You’re losing this week, darling. That’s not a prediction. It’s a fucking spoiler. And I’ll make damn sure of it.